In 2020, Black, Latinx, People of Color (POC), and white residents took to the streets in the largest protest movement in US history. We (the authors) are strong supporters of and participants in the Black Lives Matter (BLM) movement, and through our work and participation in education, anti-racist organizing, and demonstrations, encourage all to become so too. AND we’d like for the movement and its actions not to be—consciously or unconsciously—used to invisibililize the plight of non-Black Latinxs, indigenous peoples, and other POC facing police violence and other manifestations of systemic racism and white supremacy in the US.

There is a long history of Latinxs killed at the hands of police forces in the US from the early days of this country’s origin with no or negligible consequences to perpetrators because the state has not valued the lives of People of Color. In addition, Latinx history in the US is largely unknown. Particularly in the South and Southwest of the country, both Rangers and vigilantes cleared the way for westward expansion reigning terror, burning villages, and lynching and murdering Mexicans and Native peoples. The Texas Rangers alone killed 5,000 innocent Mexicans in 5 years, from 1915 to 1920. The origins of policing are situated in the oppression of Black and brown bodies and in the defense of property and privilege for whites.

Caption from the photographer: Riot police block activists from entering the Country Club Plaza in Kansas City, Missouri, during a mass demonstration against police brutality on May 31, 2020. After the death of George Floyd in Minneapolis, Minnesota, protestors held daily actions at Mill Creek Park on the plaza demanding for police reform, the defunding of the Kansas City Police Department, and the immediate termination of KCPD Police Chief Rick Smith. Photo author: Zachary Linhares, @ZacharyLinhares

Unfortunately, then and now, police brutality and hate crimes against Latinxs rarely makes headlines. Currently, the Los Angeles Sheriff’s Department faces allegations of protecting “deputy gangs” of white-supremacist officers operating in Black and Latinx neighborhoods. According to Los Angeles Times (as of June 9, 2020), the police had killed 465 Latinxs since 2000 in Los Angeles County; and nationally, 910 Latinxs since 2015. Adding to the problem of lack of recognition to this reality, these numbers are likely undercounts, since many states report the race but not ethnicity of the victims; Hispanic or Latinx is considered an ethnicity, not a race; and thus many Latinxs are exclusively counted as either white or Black.

In small and large cities alike in the United States, the built environment is used as a tool to secure and promote white racial advantage. Historically, racial residential segregation, predatory real estate practices, urban renewal, highway construction, and more recently, luxury real estate development and community displacement through both gentrification and disinvestment and evictions have had lasting segregationist effects. They have created and perpetuated relative prosperity for predominantly white communities and concentrated housing insecurity, exclusion from wealth creation, lower average life expectancy, and lack of access to employment and income for those in historically Black and Latinx communities.

Map made by Jordan Ayala

Where we write in Kansas City, MO, there is a familiar history of development patterns placing Black and Latinx neighborhoods in distress—a result of discriminatory real estate industry practices and federal housing policy. The city served as a home for many predatory and exclusionary real estate practices.

Now a site of luxury real estate development, the meeting place for many BLM protests in the city, The Plaza, is a development project of real estate mogul and segregationist J.C. Nichols. Nichols sought to create development patterns that provided gains from real estate speculation and the exclusion of People of Color. He invented racially restrictive covenants prohibiting the sale of homes to POC, which then spread across the country adopted and fueled by the Federal Housing Administration.

In the map, Troost Avenue, the historical racial dividing line in the urban core of Kansas City is shown alongside the Home Owners’ Loan Corporation’s (a government-sponsored corporation created as part of the New Deal) 1935 grading of the level of security and desirability of neighborhoods (commonly known as ‘redlining’), by which minority neighborhoods were deemed dangerous and colored red. People of Color living in red areas could not secure loans to buy or maintain properties in those neighborhoods, which quickly spiraled down. The map also shows that contemporary racial residential segregation (2018 U.S. Census Bureau American Community Survey) remains as a legacy of redlining, even though the practice was outlawed in 1968, half a century ago. The Troost divide was further entrenched with the real estate industry practices of ‘blockbusting’—the practice of persuading white owners to sell property cheaply because of the fear of People of Color moving into the neighborhood, and thus profiting by reselling to POC at a higher price. This predatory lending churned Black families through homes across east Kansas City and pushed white residents to newly developed suburbs. The lack of any natural barriers to development across the Kansas City region and desire for proximity to whiteness led to a flight of wealth and white households to suburban areas surrounding the city and vacancy in the urban core.

In Kansas City, MO, locally based civil rights organizations OneStruggleKC, Black Rainbow, and Voz KC continue to lead demonstrations across the city, hold community service events, and lobby for municipal policy change and justice for Black and brown bodies murdered by the Kansas City, MO police department. KC Tenants, an anti-racist, multi-racial, and multi-generational grassroots organization with the goal of organizing to ensure that everyone in Kansas City, MO has a safe, healthy, accessible, and affordable home, was founded in early 2019. The organization has since achieved the passing of a Tenant’s Bill of Rights, the election of the most pro-tenant mayor in the 2019 municipal elections, an eviction moratorium in early 2020, reached nearly 18,000 renters, and generated nearly 200 local and national news articles covering their strategies.

Three months before Gorge Floyd’s murder, Antonio Valenzuela’s murder in New Mexico resulted from a chocking maneuver by a police officer. The news, however, hardly made it outside of his city of Las Cruces. A murder charge was filed in the case only after activists tied Valenzuela’s murder to Floyd’s and the BLM movement. Latinx cases of police brutality hardly garner national attention and officers seldom face consequences. Between 2015 and April 2020, both Blacks and Latinxs have been killed at disproportionate rates considering their percentages of the population (31 and 23 per million residents, respectively, with the latter rate likely an undercount, as explained above), according to the Washington Post.

By calling attention to Valenzuela’s and other Latinx deaths, and to the systemic racism that hinder opportunities for POC in and through the socio-spatial construction of the built environment in our cities and literally cut their lives short, we do not want to pull the focus away from Black lives. Rather, we want to expand the BLM movement’s scope, consciousness, and impact, strongly conveying the need to also call attention to the suffering from policing, systemic racism, and invisibilization of the largest minority in the US—Hispanics—and other POC.

The BLM demonstrations urge “Say their names!”: George Floyd, Breonna Taylor, Ahmaud Arbery, Tony McDade, and so many more… We add: “Say their [Latinx] names” too! Only from the first half of 2020, Andrés Guardado (killed June 8); Sean Monterrosa (killed June 2); Erik Salgado (killed) and his pregnant girlfriend Brianna Colombo (survived but lost her baby) (June 6); Vanessa Guillén (killed April 22); Mejhor Morta, Enrique Román, and Francisco Hernández (killed within 3 months of Guillén in the same military base, Fort Hood); and many others.

It is true that, as many in the Black Lives Matter movement claim, “when Black lives matter, all lives will matter.” As we struggle together to get there, it is critical that we explicitly state: Black Lives Matter! Latinx and POC Lives Matter! The ways our cities are designed and run can either play big roles in the perpetuation of racial injustice or greatly contribute to protect, nurture, and celebrate Black, Latinx, and POC lives. For us, as activist inhabitants, designers, and planners of our cities, it is imperative to center an informed and relentless anti-racist intent in all our ideas and actions to transform our cities in spaces where Black, Latinx, and POC lives matter.

Clara Irazábal is Director of the Urban Studies and Planning Program (URSP) in the School of Architecture, Planning and Preservation (MAPP) at the University of Maryland (UMD), College Park, in the Washington DC area. She got her PhD from the University of California at Berkeley (UCB) and has two master degrees, one from UCB and another from the Central University of Venezuela. In her research and teaching, she explores the interactions of culture, politics, and placemaking, and their impact on community development and socio-spatial justice in Latin American cities and US Latinx and immigrant communities.

Jordan Ayala is a research assistant and Ph.D. student in the department of economics at the University of Missouri – Kansas City. He is a third generation Mexican American and Midwesterner. His research on housing policy and labor markets in cities bridges economics, urban planning, geography, and public policy. He conducts applied research using quantitative and qualitative data collection and analysis, community-based research methods, and spatial analysis—through the lens of Latinx studies and stratification economics. He received his Graduate GIS Certificate and Master’s in Economics in 2017 from the University of Missouri – Kansas City. Jordan serves as a research fellow with the Global Institute for Sustainable Prosperity where he works with a team of researchers to develop alternative labor market indicators and study the costs of unemployment. 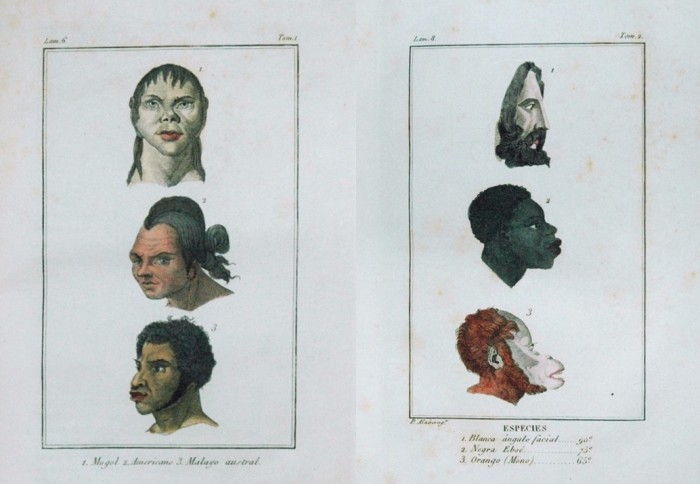 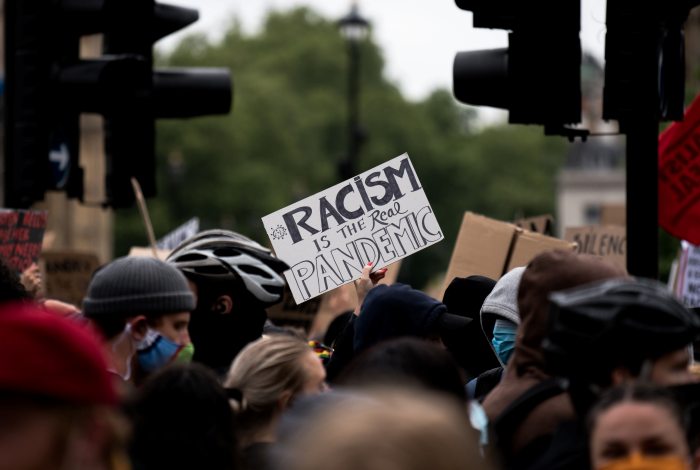