Invisible borders, where pop is not pop

“We are not prejudiced, but we do not want a problem to be transferred from Fernão Dias Street, from that region of the hostel, to the heart of Zone 06”. That is the way the bank employee who led a protest, with a hundred people more, expressed himself in an interview with the local television station against the installation of the POP Center (Specialized Center of Reference to Homeless People) in his neighborhood.

In another excerpt from the report, a graphic designer explained: “just to clarify that zone 06 is not against the work carried out by the POP Center, quite the contrary, we think it is a very beautiful job and it should really be done, but the place where it is going to be installed needs to be well studied”. Still, another interviewee, a trader who held a protest sign, said “the number of marginalities increases because together with these people what can come … is drug traffic”[1]. The fact took place in Maringá, an average city with approximately 350,000 inhabitants, in the interior of the State of Paraná (Brazil). The protest took effect and the city government gave up transferring the POP Center, opting to build new headquarters in another location in the city.

The POP Center focuses on welcoming people who use the streets as a living and subsistence space, seeking to offer shelter, hygiene activities, food and welcoming psychological needs. In a research report presented by the Metropolis Observatory, program of the State University of Maringá, covering the years 2015 to 2019, it was observed that this population increased by 105.5% in the period and, especially regarding the passage through institutions, the interviewees reported several experiences: 48% reported incarceration, 43% mentioned shelters, 39% cited Therapeutic Communities, 35% Psychiatric Hospital and 12% of these people informed that they were discharged from childcare institutions. It is noteworthy that the aforementioned research points out the importance of the POP Center, which offers a bath and, in the morning, the first meal of the day, stating that “any dismantling of this unit of exclusive service to the homeless population will have repercussions on the increase in assistance practices in meeting these needs”[2].

But the city has its borders, spaces of the allowed and desirable. It imposes colors, smells, paths, allows the workers for the time to serve needs, but does not understand the outsider, as Valencio points out, “the deterritorialization of the group needs to transcend the aspect of the fragile use of the land to advance towards its disappearance from the landscape, among other ways”[3]. Borders are constantly being drawn in the urban, the territory is sliced with the visible lines of socio-spatial segregation. However, beyond the tactile dimension, there are boundaries of the symbolic, whose lines remain hidden by layers of concealment, until the limits are crossed, so that its imposing force is revealed.

In fact, the lines are drawn and revealed in the uses of the city, in the voices of the forbidden, in the arguments of the inappropriate in this space and in this time. Raquel Rolnik, when describing the urban legality of the city of São Paulo at the beginning of the 20th century, tells about a dialogue between time and space in the use of the city, pointing to the marginalization of characters – “a woman in a cabaret was a prostitute; a man at home during the day was a tramp; a party at the workplace characterized indiscipline”[4].

For Avtar-Brah, borders are a political construct, arbitrary dividing lines based on social, cultural and psychological aspects. They are territories to be patrolled against those who are built as outsiders, foreigners, others. Forms of demarcation in which the act of prohibition itself keeps transgression. Territories in which the fear of the other is the mirror I. Spaces of property claims, demarcations, contestation and struggle. In a sense, they are metaphors, but in addition to mere abstractions, they form concrete realities – the discursive materialization of power relations[5].

This step beyond territoriality, towards the symbolic, is undeniable. Pesavento inserts in the frontier discussion the idea of belonging, of identity, an imaginary frame of reference based on difference. Thus, the concept of frontier “necessarily works with principles of recognition, which involve, in short, analogies, oppositions, correspondences, comparisons”[6].

The fictional work “The City & the City”, by China Miéville, describes two cities (Beszel and Ul Qoma) that are located in the same geographical space – “crossed cities” – with territories that overlap. In these, the citizens of both cities must “not see the neighbors” or “unsee” (see, but pretend not to have seen), since any interaction between them is punished with a fine or imprisonment. Then, at a given moment, the author satirizes the points of inevitable interaction, when the borders are blurred – “The smells of Ul Qomatown in Beszel are a mess. The instinct is to ‘unsmell’ them, to think of them as something that wanders between borders, as disrespectful as the rain”[7].

The art of “unseeing” is an institutionalized practice in the Brazilian urban space, which systematically ignores the clandestine, irregular, informal and/or illegal city. In the Federal District Construction Code of 1937 (art. 349), the representation of slums on maps of the city of Rio de Janeiro (the capital of the republic at the time) was prohibited. There is a great effort to establish, in a veiled way or declared when necessary, the physical/symbolic borders in Brazilian cities. But “who are these bastards / Who do not find in you / More than to laugh calmly at the mob that excites the executioner’s fury?”[8]

The Invisibles we stumble upon

To what extent are the arguments of those who protested against the installation of the POP Center in zone 06 of Maringá real, even if unacceptable? In the survey already mentioned, carried out by the Metropolis Observatory, more than a thousand homeless people were interviewed in Maringá, between 2015 and 2019. Among the various factors mapped, it was observed that 91% are male, 67% are black people and 81% of this population are in the 21 to 50 age group. The level of education is low, with 3% of respondents illiterate and 50% with incomplete primary education, however there is 2% with complete higher education. The main reasons for being on the street were unemployment, disagreement with family members and chemical dependency. And, in order to provide for subsistence, they declare small activities, with the collection of recyclable materials, loading and unloading services, selling sweets and asking for money.

The paradox of this controversy is that while this population remains in its historical social invisibility (with rights and dignity denied), inhabiting the streets, there is no social mobilization to promote an existential minimum. But, when political actions are taken to install a reception center, forces rise, civil society shows itself cohesive, to build boundaries of the unacceptable, of the not here. And in this case, these voices prevailed over those who have a quiet and limited existence between the real and symbolic borders of the city.

All translations were made by the authors of this paper.

[1] RESIDENTS OF ZONE 06 PROTEST FOR THE POP CENTER NOT TO GO TO THE NEIGHBORHOOD. Paraná TV. Maringá, GLOBO, June 2nd, 2018. TV Show. Available at: http://g1.globo.com/pr/norte-noroeste/paranatv-2edicao/videos/t/maringa/v/moradores-da-zona-06-protestam-para-o-centro-pop-nao-ir-para-o-bairro/6782830/

Antonio Rafael Marchezan Ferreira. PhD in Urban Law from PUC-SP (2016). Professor of the Law Course and in the Postgraduate Program in Public Policies (Professional Master’s), both from the State University of Maringá and researcher of the Metropolis Observatory: Maringá Metropolitan Region Nucleus. Lawyer. He is the author of the book Possessory Collective Conflicts, by CRV (2019), in addition to other chapters of books and scientific articles.

Geniane Diamante Ferreira Ferreira. PhD in Literature from the State University of Maringá (UEM). Professor of English language literature and translation and Professor of the Postgraduate Course in Literature (PLE-UEM), reviewer of the journal Acta Scientiarum, and is dedicated to research themes related to post-colonial literature that covers topics such as identity, multiculturalism, diaspora, and racism and has published chapters of books and scientific articles. 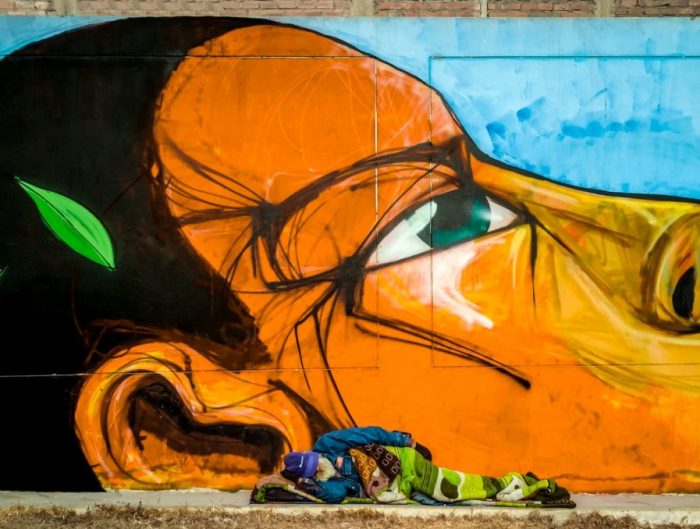 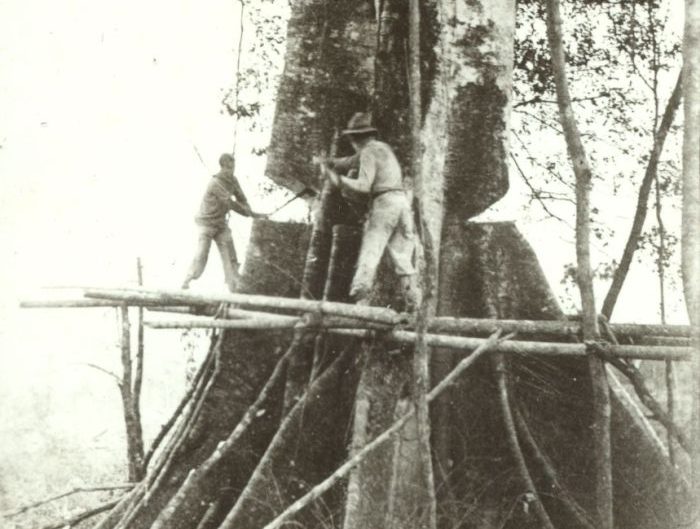 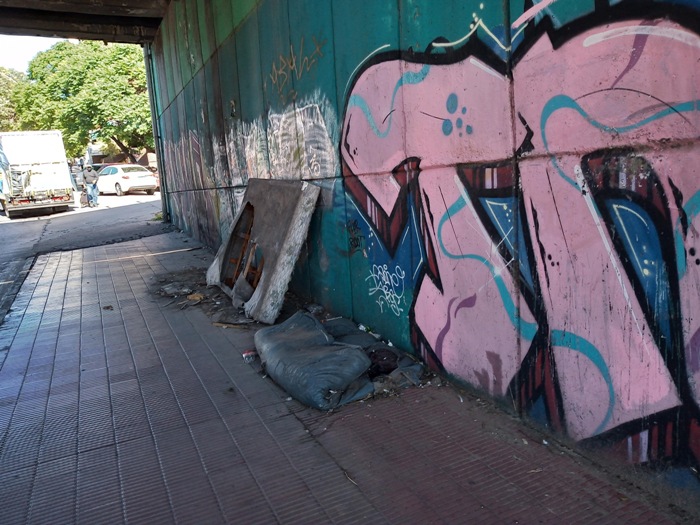